Following on from my last post about deciding to get the MG restored the first task was to tackle the corroded and tatty bodywork. I don’t have any skill in this area so I had always planned to get a specialist body repairer/restorer to do it.
Before taking it to the body shop I had decided to strip the interior since it would need replacing and I didn’t want the body shop to have to take it out and put it back in again as this would add even more cost.
Stripping the interior is a simple enough process and you don’t need any specialist tools, just a set of screwdrivers for trim panels etc and a socket set or some spanners for the seats. The carpets came out relatively easily on mine but the hessian sound-proofing was stuck fast in places to such an extent that it wasn’t worth the trouble to remove! The strip of the interior shouldn’t take more than half a day but I wish I had taken a bit longer to label all the screws/bolts as now a few months later I have no idea what went where!
Once the interior was gone I put the driver’s seat (and the driver’s seatbelt) back in and drove the car to the body shop where it would remain for a few weeks.
The work wasn’t actually too extensive as the structure of the car including floors and sills were in decent shape, what did need doing was a good going over all the rusty bits to get back to decent metal and filling in an ugly hole where the radio aerial once was. I did need a couple of new panels however, both door skins had had it and I also needed new front wings (£450 a piece, ouch!) but this was better than repairing the existing items which may start corroding in other places in a year or two. Finally the car was re-sprayed in original ‘Old English White’, I’m really happy with the result but has highlighted some more areas of the car that will need to be sorted out in due course, such as the brightwork (pitted), windows (scratched) and wheels
(corroded)! The gallery below shows the car in various stages of the body restoration. 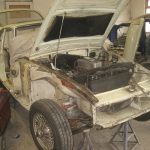 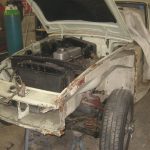 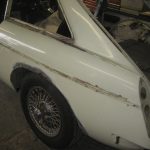 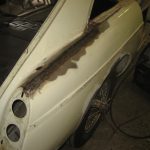 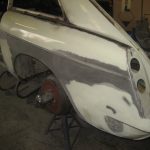 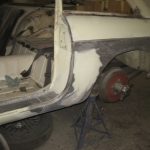 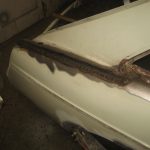 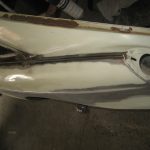 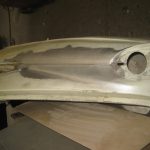 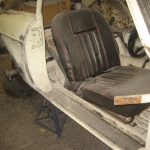 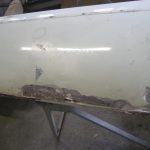 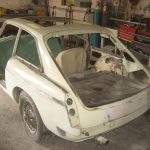 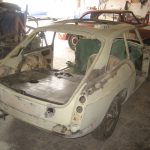 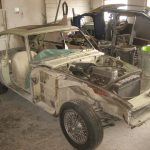 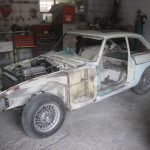 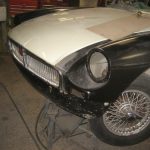 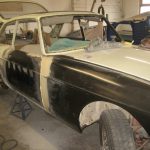 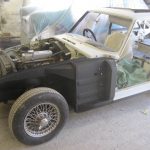 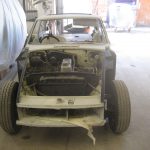 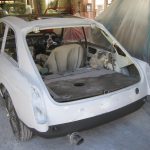 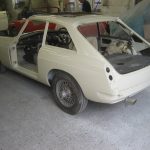 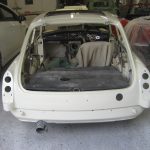 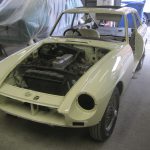 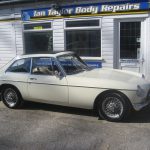 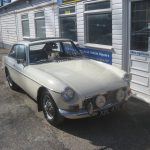 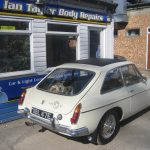 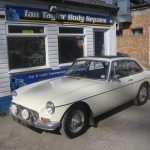 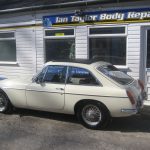