A classic sixties sports car with a straight six engine and styling (in part) by Pininfarina may sound like a recipe for success but umbrella company woes and a bad reception by the press meant the MGC was doomed from the start.  Sibling to the ubiquitous MGB the MGC was largely developed from the ‘B’ but was altogether designed to be more grown up.  Almost identical to look at the MGC had subtle differences from the outside such as a bonnet bulge and larger wheels.  It also received a three litre straight six engine which saw a large increase in power over the B’s one-point-eight unit and marked it out as a long-legged grand touring car with a 120 mph top speed.   The model was intended to be a replacement for the Austin-Healey 3000 but a slating by the press when launched meant the MGC had a relatively short life.  The main problem was during design, MG had lost control of engine design to the Leyland empire and the ‘C’-series that ended up in the car was too heavy and was placed too far forward to accommodate optional (and bulky) automatic transmission.  The result was that the car was slightly nose-heavy; therefore, the handling wasn’t as sharp as it could have been.  This coupled with rumours that the tires were a flat on the press cars, exaggerating the handling problems, meant the MGC was not well received at all and production lasted only a few years.  I say, ‘Who cares?!’  The MGC is fantastic.  Great looks, even better price make it a firm favourite in ‘La Vie En Rose’.  Ok so the handling isn’t quite perfect but the balance is 53:47 in favour of the nose which isn’t at all bad in comparison to other cars of the time.  Plus it has respectable performance, is more refined and more exclusive than an MGB.  So, for a sixties grand touring car with straight-six smoothness and value for money, look no further. 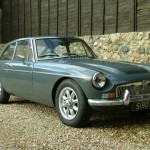 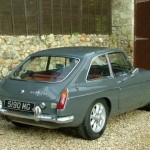 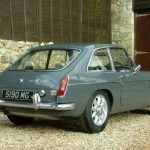